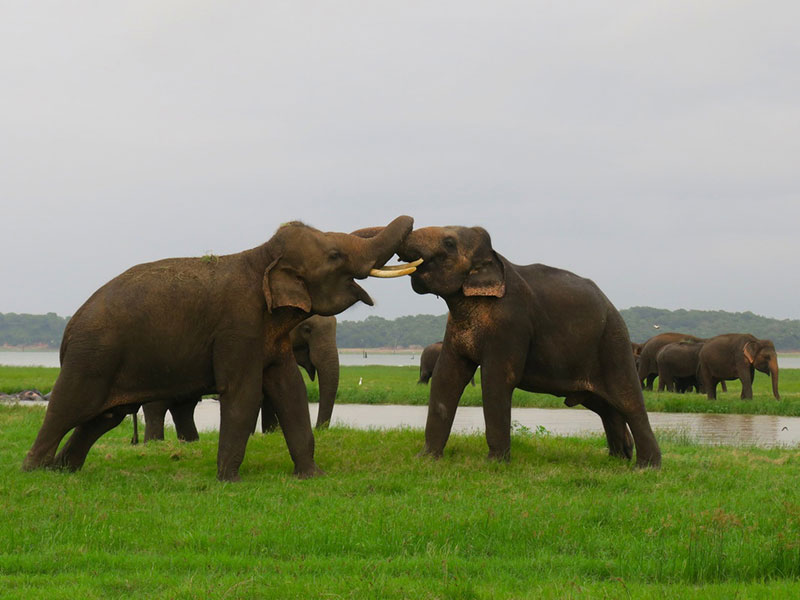 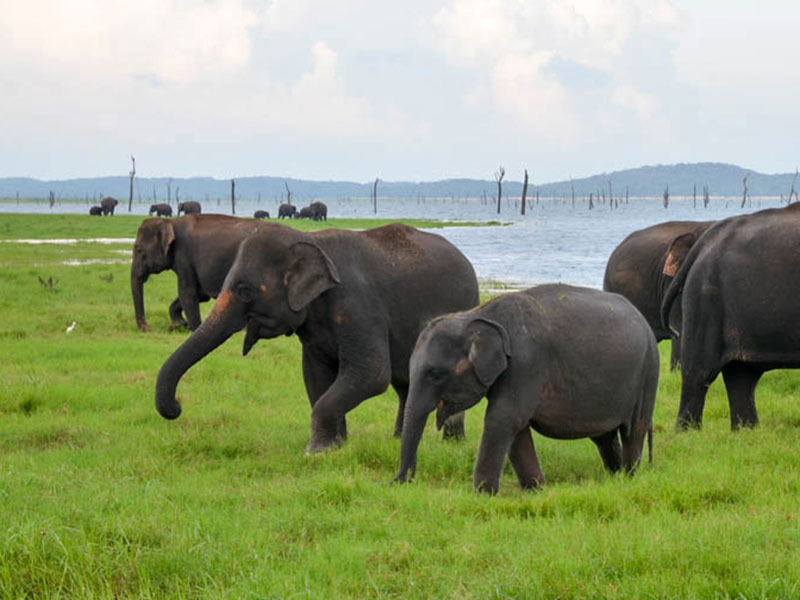 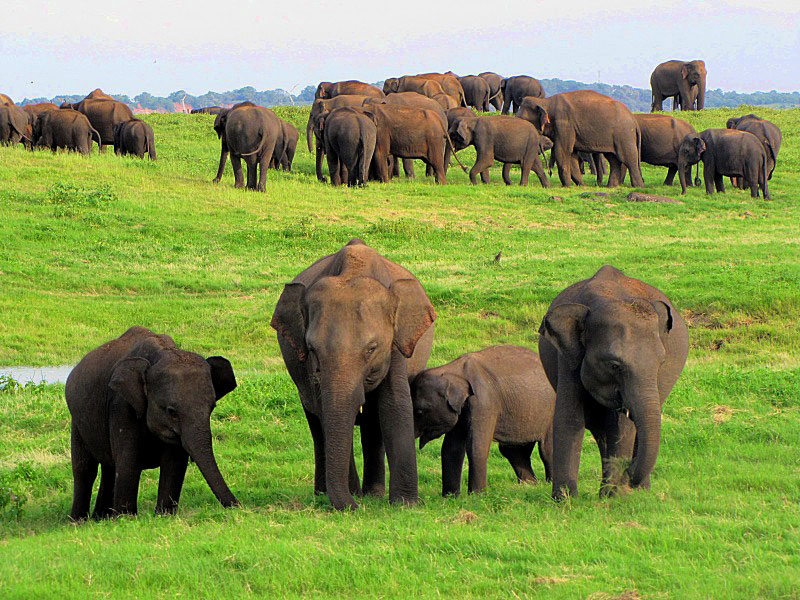 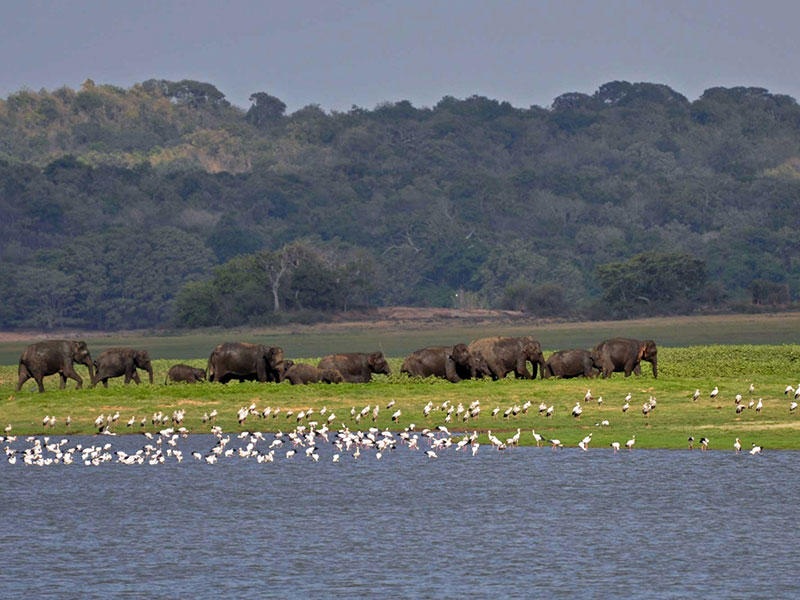 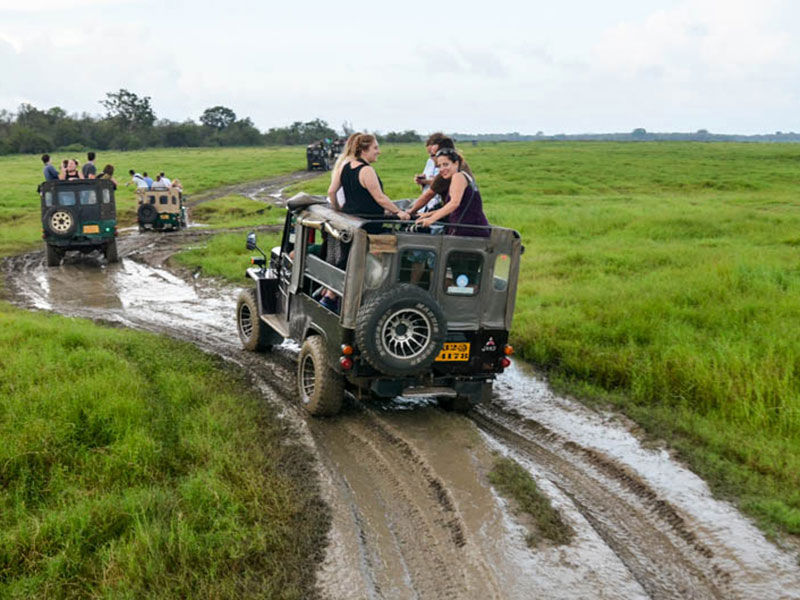 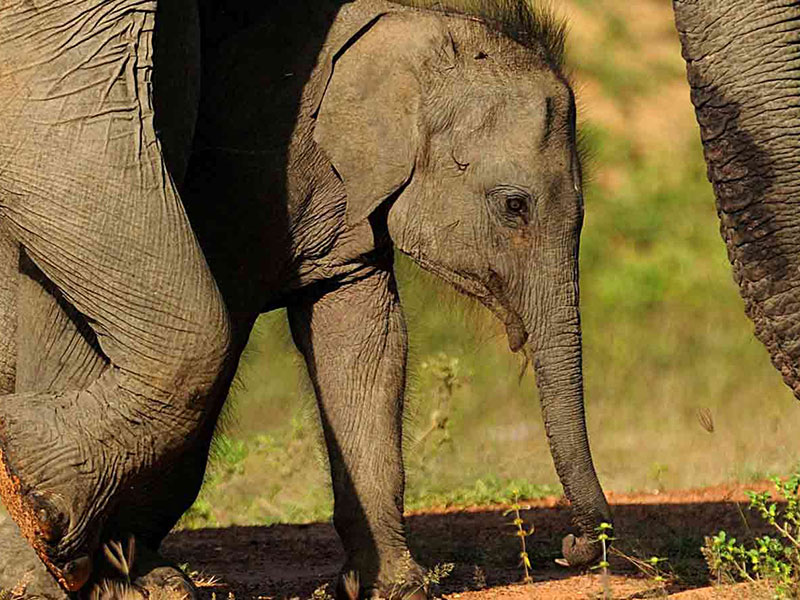 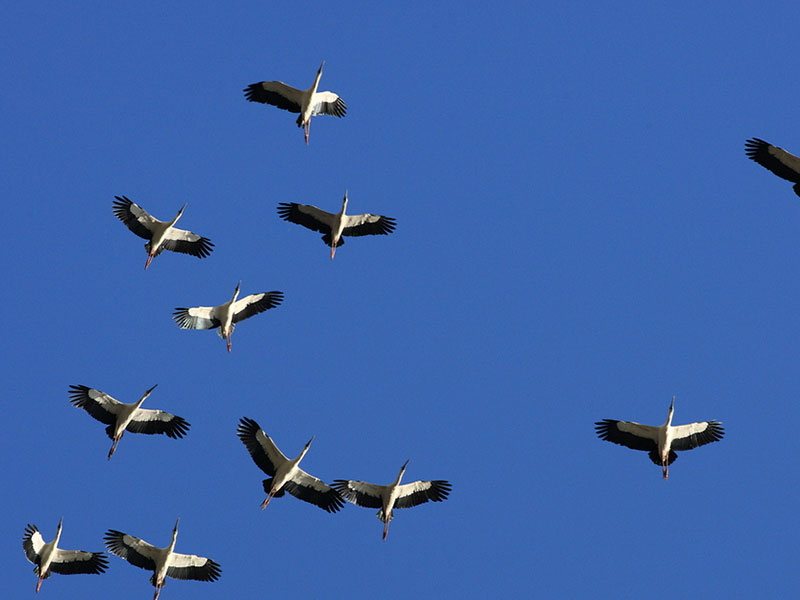 The biggest attraction at Kaudulla is it’s Elephants that come in large herds to water during the dry seasons. Kaudulla is also where you can see Leopard, Sloth Bear and even the critically endangered primate, the Red Slender Loris in addition to other interesting wildlife. 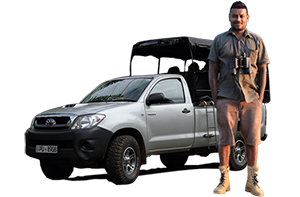 Kaudulla National park has been declared as a national park in 2002 and it has visitors from all around the world. In the dry season all the wild Elephants in the surrounding national parks such as Kaudulla, Wasgamuwa and Somawathiya come together in Minneriya national park for the unofficial ceremony famous as “The Gathering”.

Below added is the map of kaudulla national park for your convenience and if look closely you can find out that most of the national parks in Sri Lanka are interconnected to each other letting wild animals to roam in and out from one national park to another. 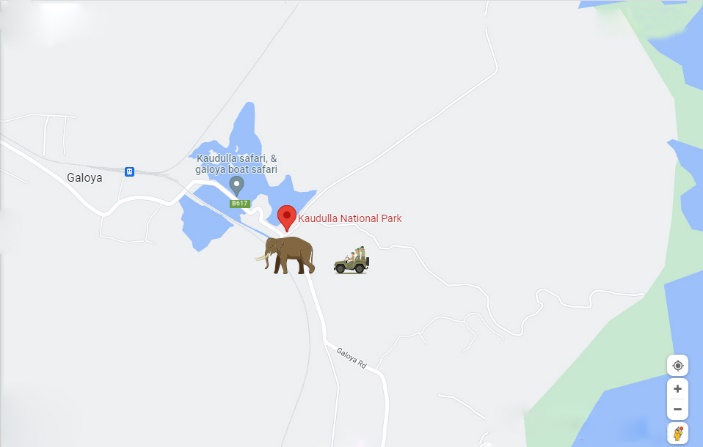 What is the Climate of the Kaudulla National Park?

The area is situated in dry zone of Sri Lanka and receives an average rainfall of 1,500–2,000 millimetres (59–79 in). The lowest temperature and highest of the park are 20.6 °C (69.1 °F) and 34.5 °C (94.1 °F) respectively. The main sources of water for the tank are a diversion of Amban River and Elahera canal. The wet season lasts during the north eastern monsoon from October to January and from May to September considered as the dry season. The main habitats of Kaudulla are of several types, including low-canopy montane forests, intermediate high-canopy secondary forests, scrublands, abandoned chena lands, grasslands, rocky outcrops, and wetlands. 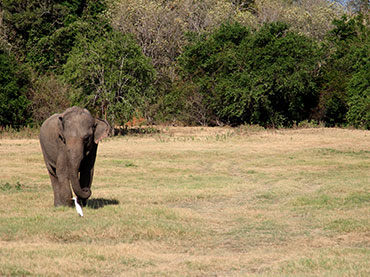 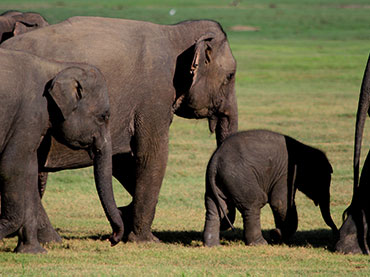 What is the Best time to go on a Kaudulla Jeep Safari? 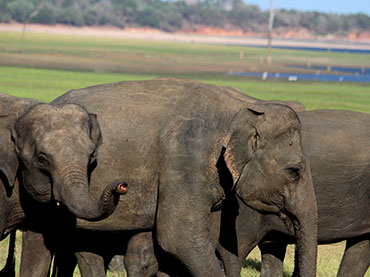 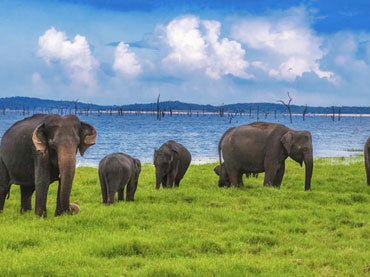 What is the Best time visit Kaudulla for a Jeep Safari?

Kaudulla national park is a year round destination and visited by most of the safari lovers all around the world. The best time to visit Kaudulla national park for a Kaudulla jeep safari is between July and December. The famous “Elephant gathering” takes place in between July to October and this is the dry season for the park. In this time you can see baby elephants with their parents and herds of elephants roaming in the grassy land near Kaudulla tank. Apart from the Wild elephants there are other animals such as Peacocks, Sloth bears, Crocodiles, Monkeys and lots of Birds. Even though Kaudulla national park is not a famous place for leopard sightings there have been sighting of a Leopard or two within the park. 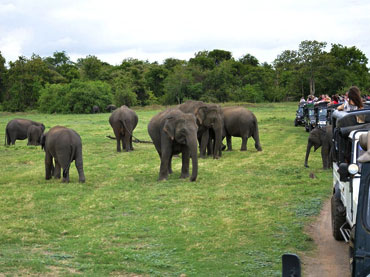 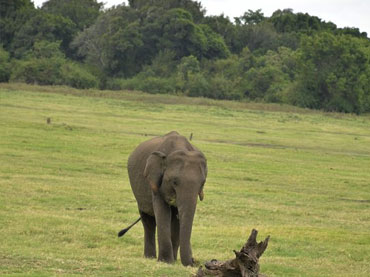 How to reach Kaudulla National Park?

If you are travelling to Kaudulla national park from Colombo there are around five options that you can take. 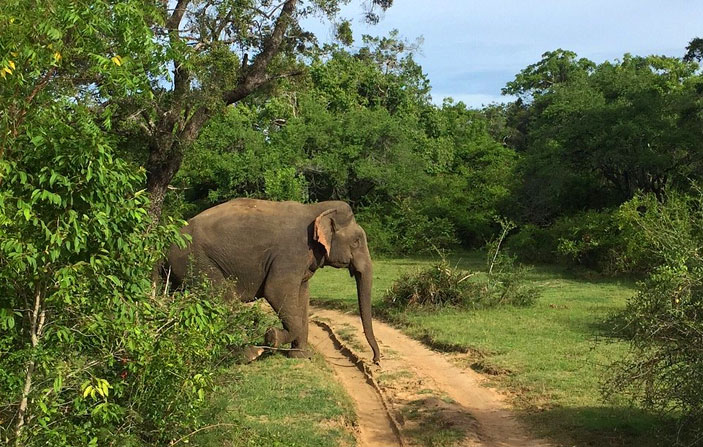 What are the animals that you can witness in a Kaudulla Jeep Safari?

Kaudulla National Park is as mentioned earlier is most popular because of its large density of wild elephants. There are lots of wild animals that you can encounter in a Kaudulla Jeep safari. There are over 200 elephants within the park and if you want to go elephant watching there is no other place like Kaudulla.

Other than elephants you can witness Sloth bears, axis deer and sambar deer, spotted deer, Monkeys, wild boars, Peacocks and other variety of Birds.

Among the reptiles in Kaudulla national park there are Freshwater turtles, Indian Flap-shelled Turtle and Indian Black Turtle and Crocodiles. There are serpents that you can witness within the park. Of the 25 species of reptiles recorded in the park 8 are endemic including the Red-lipped Lizard. Water and Land Monitors are also seen here.

Among the nine species of Amphibians at Kaudulla National Park are the endemic and endangered Slender Wood Frog and the Common Tree Frog.

There are two Monkey species in Kaudulla national park and they are Purple face langur and toque macaque.

The Kaudulla reservoir is an important habitat for large water birds such as lesser adjutant, painted stork, and spot-billed pelican. Kaudulla is a dormitory for many resident as well as migrant bird species. Flocks of 2000 little cormorants have been reported. Great white pelican, ruddy turnstone, and grey heron are the other water birds here. Among the endemic birds are Sri Lanka jungle fowl, Sri Lanka hanging parrot, brown-capped babbler, Sri Lanka grey hornbill, black-crested bulbul and crimson-fronted barbet. The number of threatened birds recorded from this national park is 11.

What is “The Gathering” of wild Elephants in Kaudulla National Park?

This gathering is known as the largest gathering of Asian elephants in the World. This takes place in the dry season from July to October. In the dry season when the small waterholes dry in the forests elephants are forced to travel to large reservoirs in Minneriya and Kaudulla in order to drink, bathe and gaze on fresh grass. In this time the water level of main reservoirs in Minneriya and Kaudulla fall low and the emerging land is a best place to fresh grass to grow again. Because of drying of small waterholes and ponds in forests elephants are forced to gather in the main reservoirs in order to taste these fresh grass just popped out of the ground.

The reservoirs are also surrounded by jungle and dense shrubs which provide shelter for the elephants during sweltering hot days. In the afternoons, the elephants begin to emerge in their herds, a few at a time until there are dozens (and sometimes even hundreds) hanging out on the plains. 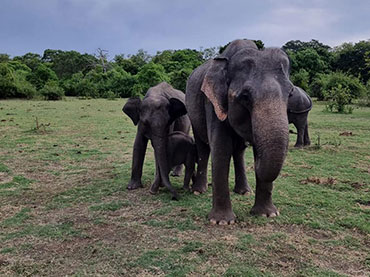 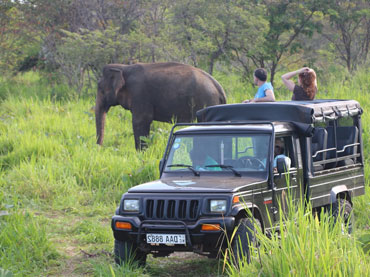 What to expect in a Kaudulla Jeep Safari?

Once you enter the Kaudulla National Park from the entrance the Kaudulla safari jeep rider will drive you through the park till you come to the place where the main show in unfold. The ride through the Kaudulla national park in the Jeep is a bumpy n rough one. It’s a common sight to see Kaudulla safari jeeps reserved their positions within the park in order to get the best view of the elephants and other wild animals. Make sure you are not getting too close to the animals because it will be a harassment to them. Most of the Kaudulla jeep safari drivers switch off their jeep engines when they are close to elephants or other wild animals. You shuldent encourage the Kaudulla Jeep safari drivers to chase or corner and wild animals because if they strike back in fear thing will get messy.

Once you are in the park, your driver should head straight to the reservoir to wait for the elephants to emerge in the afternoon. While you are waiting, ask your driver if he/she can roll back the canvas top so that you can stand up for a better view. Unlike Yala and Udawalawe, many safari jeeps in Minneriya/Kaudulla will allow you to roll back the canvas top for an open-top experience. You must stay in the vehicle as there is only 1 spot (away from the main reservoir) where you are allowed to step out of the jeep. At around 5:30 in the evening the Kaudulla safari jeeps will exit the park slowly because the park is in time of closing. 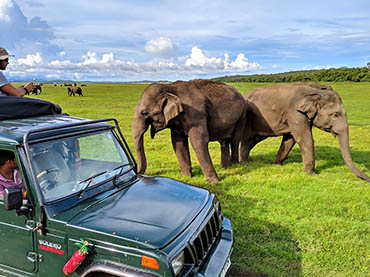 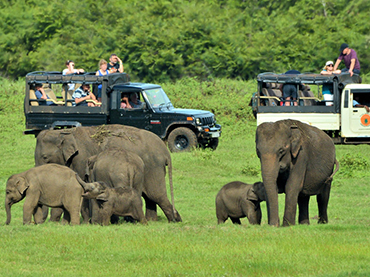 What to bring on a Kaudulla Jeep Safari

Kaudulla national park is an amazing destination for wildlife photography especially Wild elephants. So it’s a very good decision to bring a camera with a good zooming lence. If you are going to keep memories of “the gathering” you cannot take good pictures using your smartphone.

Bring some Sri Lankan cash if you feel like quenching your thirst with a king coconut while you come after the Safari ride.

Bring some bottle water to use during your Kaudulla jeep safari in order to fulfill your thirst because the area is very dry and hot.

Sunscreen and/or a hat, especially if you are planning on rolling back the canvas roof for an open-top safari experience.

A hair tie or cap as the drive can get extremely dusty.